Identifing biomarkers for early intervention in recurrence of a common cancer

Oral squamous cell carcinoma (OSCC) is one of the most common human cancers. In 2008, 263,900 patients were recorded worldwide, and the estimated number of deaths due to OSCC was 128,000.

When you don't know what you are looking for...

Establishing a biomarker may be done by identifying molecules secreted from the pre-implanted embryo, in sufficient amount to give a consistent signal. Previously studied molecules did not show sufficiently high expression.

+ Non-invasive strategy aimed at assessing IVF embryo fitness, without any direct contact or penetration of the embryo.

Developments in the field of assisted reproduction aim to improve the live birth rate following in vitro fertilisation (IVF), while minimizing the incidences of multiple pregnancy.

A first step towards establishing a strong biomarker for embryonic health would be to identify molecules secreted from the pre-implanted embryo to the IVF media, in sufficiently high amount to give a solid and consistent signal.

By all account, MiRNAs in the culture media could hold enormous potential. This comprehensive study rigorously evaluated controls and biological samples. It revealed a negative result with respect to MiRNA which lead to the important question- was it the sample preparation or the science? 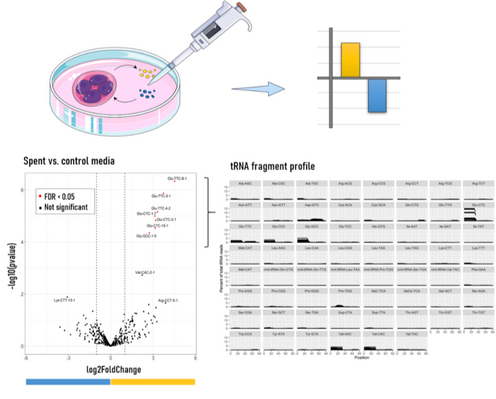 Because of our exceptional quality and quality-control in sample preparation, we could trust this result. Further, because of our high quality sequencing and inovative bioinformatics, we could identify tRNA fragments that have enormous potential. Read more here.

When MiRNA becomes the target of a therapeutic treatment

Temporal Lobe Epilepsy is the most common drug-resistant form of epilepsy in adults. As a result, treatment options are basically limited to surgical resection of the afflicted brain tissue. The most common pathology in the resected tissue is neuronal loss and gliosis, a likely consequence of underlying neuroinflammation and remodelling of the neuronal network.

In effect, major changes in functional and regulatory mechanisms of the local cells is expected to be both a cause and an effect.

MicroRNAs are short noncoding RNAs which control protein levels by binding target mRNAs via Argonaute proteins. By sequencing Argonaute-bound microRNAs from the hippocampus of three rodent epilepsy models, we could identify common microRNAs at each stage of epilepto-genesis. 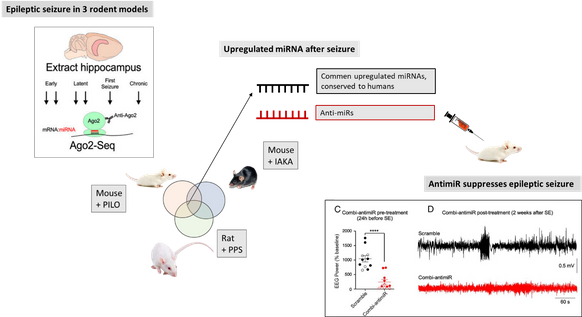 + Pioneer the use of MiRNA to treat complex diseases.

*MiRNA are able to taget multiple mRNAs and may be able to act when the underlying disease cause more complex than a single target.

MiRNAs upregulated in all three models, which was furthermore conserved to humans were identified and an anti-mir sequence was designed and injected to the brains of rodent models prior to sezure. The AntiMir significantly reduced the seizure. 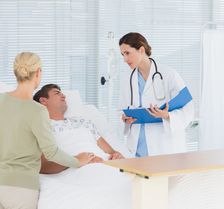 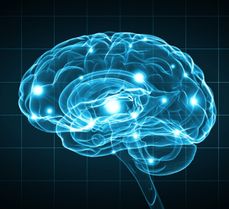 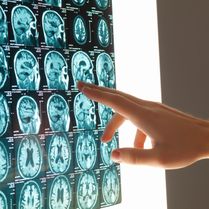 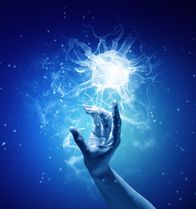 - check out our publications and image gallery

Get an impression of the types of projects, analyses, and quality of publications we generate